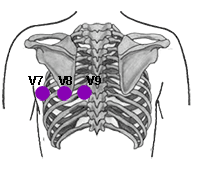 Posterior leads are helpful in suspected posterior myocardial infarction. They are performed by placing V4, V5 and V6 electrodes in the same intercostal space, but continuing into the patient's back. 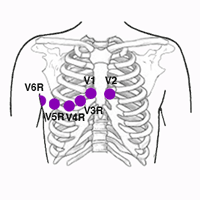 Right-side leads are recommended in patients with inferior myocardial infarct, when right ventricular infarct is suspected.

They are also useful in patients with dextrocardia, situs inversus or in some cases of congenital heart disease